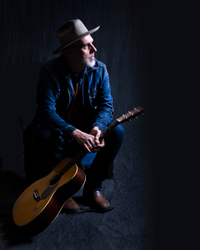 In 2001, roots/folk musician John Wort Hannam quit his teaching job and spent 10 months depleting his savings while sat at his kitchen table, wearing a lucky hat, writing his first ten songs. Eighteen years later, with a few feathers in that lucky hat that include a JUNO nomination and a Canadian Folk Music Award for Best Album of the Year, he’s got a new energy fueled by a new band, a new sound, and a ton of new songs.